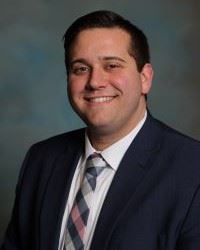 Edward A. Sundquist was elected Jamestown City Mayor in November, 2019, and took office in January, 2020.  By virtue of his position as Mayor, Sundquist serves as President of the Jamestown Board of Public Utilities (BPU).

The Mayor taught middle school science in Philadelphia in a non-traditional setting.  While teaching, he obtained his Masters of Science in Education at the University of Pennsylvania.  In 2011, he was recognized by his school as Educator of the Year, having introduced exploratory science labs in his classroom.

In 2012, Eddie returned to Western New York to attend the University at Buffalo School of Law.  He received his Juris Doctorate in 2015 and returned to Jamestown to practice law with Lewis & Lewis, PC.