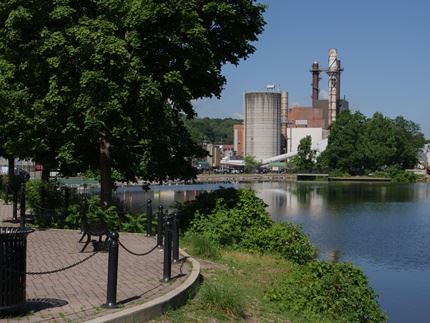 The Board of Public Utilities’ (BPU) Samuel A. Carlson Electric Generating Station is one of the oldest and most successful municipal power plants in the country, and the City of Jamestown’s BPU is the largest of 47 municipally-owned and operated utilities in New York State.

The City’s first power plant began generating electricity in 1891 to provide power for 140 carbon arc lights to illuminate downtown streets. While street lighting was not new to the citizens, their excitement was in the ownership of the municipal facility. When city fathers realized the expense of paying for machinery used only to produce electricity at night, they decided to begin competing with established power producers for other uses of the generation.

The BPU was created by the City Charter of 1923 to guide the development of the community’s electric and water services with the District Heat Division added in 1985 and Solid Waste and Wastewater added in 1994.